The latest news about Valeant Pharmaceuticals International Inc., suggesting the need for restatements of recent periods’ financial statements, albeit with limited details reported thus far, again focuses attention on the common matter of the possible abuse of revenue recognition accounting principles.  According the Valeant’s public disclosures to date, the issue appears to pertain to an entity, Philidor Rx Services LLC, a distributor for certain Valeant products organized in 2013, which has been a significant (but under the 10% threshold for “major customer” disclosure) customer for Valeant.  The accounting issue, according to Valeant, is whether sales to Philidor should have been recognized ahead of Philidor’s later “sell-throughs” to ultimate customers.

Normally, of course, sales to a distributor are properly recognized when made, if the risks and rewards of ownership pass to that customer.  On the other hand, if those risks do not pass to the ostensible customer, such as when special extended rights of return or deferred payment arrangements are provided as an inducement, the “sale” may really be merely a consignment arrangement, which cannot be given recognition as a revenue event until and unless there is a later “sell-through” to final customers.  In the past, the SEC has identified revenue recognition aberrations, such as “channel stuffing” actions, to be one of the top modes of financial reporting fraud by issuers.  Furthermore, auditing standards identify the risk of revenue recognition infractions as automatically being in need of the closest attention in financial statement audits.

The question about the Philidor sales arose, it appears, because Valeant may have had some involvement in the creation of this enterprise, including providing some management guidance, which implicitly raises the question of whether relations between them were arm’s-length or were those of related parties, perhaps requiring special accounting and disclosure treatment.  Furthermore, whether involved at inception or not, Valeant later made a large investment in Philidor giving Valeant an option for full acquisition at no additional cost.  In other words, if reports are accurate, Valeant was willing to pay the full price for acquiring Philidor without actually acquiring it immediately, which would appear to be an unusual arrangement in the eyes of most observers.  A review of Valeant’s 2014 Form 10-K does not reveal any information about its relationship with Philidor, nor of any special sales practices for it or any other customers.

There is some confusion regarding if and when Valeant stopped recognizing revenue from sales to Philidor prior to ultimate “sell-throughs” to its customers.  Valeant now has stated that it did not recognize revenues, and has also stated that it consolidated Philidor in its financial statements post-investment, which occurred in late 2014.  If both these statements are true, however, a need for the just-announced potential restatement to 2014 and early 2015 financial statements would not exist, so more facts about the Valeant accounting situation need to be made public before any definitive judgments can be rendered.  Valeant has stated that sales to Philidor amounted to 7% of its revenue, but has not made clear whether that means reported revenue.  Perhaps the 7% was included in reported revenue, but only if it was all from “sell-throughs” to final customers, which would be entirely valid and pose no need for restatement, holding aside the need for other inquiries.

At this point, the obvious questions for investors and others are whether Valeant’s involvement in Philidor’s creation was part of an attempt to structure an arrangement to justify premature recognition of revenues, and whether there was inadequacy in disclosure of Valeant’s involvement as de facto owner of Philidor, perhaps even prior to its $100 million late-2014 investment.  If true (and this is not to currently suggest that this is the case), this would evoke memories of Enron’s use of so-called partnerships secretly controlled by it to create bogus gains on transactions with its non-consolidated affiliates.

Revenue recognition – the standards for which will change significantly in 2018 as a result of the jointly developed new rules promulgated recently by both FASB and IASB – has long been problematic.  SEC and FASB guidance sets four criteria to be met before revenue is deemed to have been realized, but a slew of SEC enforcement actions over the past few decades suggests that malefactors intent on financial reporting fraud have contrived various means for early recognition.  (Recognition of entirely fictitious revenue is a related, but distinct, matter, and not seemingly relevant to the Valeant accounting story.)

Some of the common means whereby premature recognition of otherwise real revenue may be accomplished include:

In all these schemes, of course, the accelerated recognition of sales creates a shortfall of sales to be reported in the subsequent period, which usually leads to a repetition of the maneuver at the end of the following period, often to a greater degree in order to show the desired “growth” from period to period.  The need to perpetuate and expand the scope of such frauds over time ultimately ends with exposure, but often at great cost to investors and other stakeholders.

Investors, as well as Valeant’s own auditors, are doubtlessly anxious to see what shoes drop next in this unfolding Valeant accounting story. 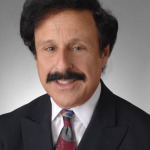